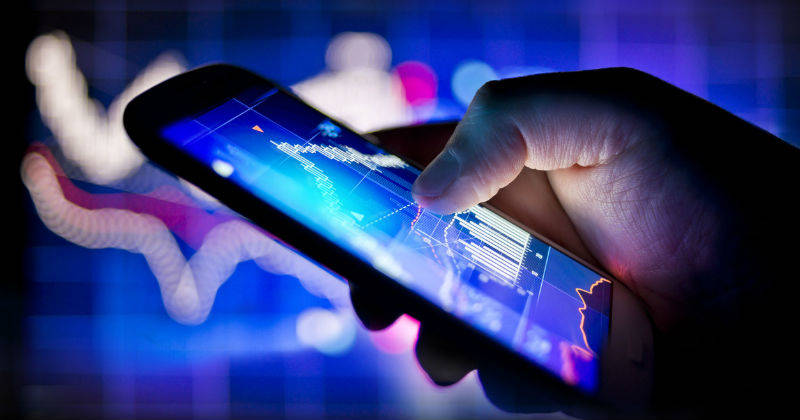 Next year will be marked by the arrival of some technologies as well as the challenges that digitalization brings worldwide. Here some expert projections.

Many of the technological trends that moved this 2019 will remain next year with more advances and more bets. Some experts pointed out what will move in 2020 in technology.

For Javier Ortiz, Google Cloud manager in Colombia, one of the technologies that will remain in force is the Artificial Intelligence (AI). As the expert points out, this should be understood as a technology at the service of the common good and of the whole society.

Ortiz says that AI must stop conceiving or interacting with robots or machines taken from a science fiction movie, since this is a technology that has long facilitated the lives of human beings and that It is helping to solve global challenges such as the prediction of natural disasters, the measurement of the cleanliness of the air we breathe, the rapid diagnosis and price of diseases, among many others.

"This year we have bet on promoting it from a clear focus of well-being, that is, with its development it allows advances in topics such as health, environment, urban mobility, rural empowerment and business efficiency," he said.

In addition to this, Red Hat experts believe that 2020 will be the year to check the impact of AI. Gartner for example estimates that at least 25,000 million ‘things’ will be connected by 2021 that will produce a large volume of data.

Thus, artificial intelligence will be applied to a wide range of IoT information, including video, images, voice, network traffic activity and sensor data. “The technological landscape for AI is complex and will continue to be until 2023, where many IT providers will take place. Despite this complexity, it will be possible to achieve good results with Artificial Intelligence in a wide range of IoT situations, ”said the software provider.

The 5G It undoubtedly represents a great push towards the consolidation of the digital revolution that aims, among others, a better user experience. "Not only will people be connected to each other, so will the devices that surround us," said Red Hat.

So 5G is expected next year, thanks to its high connection speed, minimum latency and high reliability, It will enable the connection of an autonomous car with everything that surrounds it, including the streets themselves (in the case of smart cities).

The great moment is expected to be the launch of the first iPhone compatible with the 5G network, a step already taken by Samsung and Xiaomi. In the same way, another unknown will be the role that the Chinese supplier Huawei will have in the worldwide deployment of this technology.

One of the great announcements of this year was the one made by Google in which he claims to have designed a computer that achieves quantum supremacy. According to Ortíz, this means that an operation was achieved that is not possible today through the classic computing that we use in our computers and cell phones.

The expert pointed out that “this advance is important because with this computing, machine learning processes would be enhanced and would achieve much more significant advances. Further, this new type of computer science would solve problems that were previously impossible or very difficult, such as discovering which molecules could produce really effective medicines. ”

We will have to wait for new advances brought by the company and others in this market, such as IBM.

The evolution of the Blockchain

The Red Hat experts claim that the blockchain It will have its role in 2020. Nowadays companies obtain greater security and monetization of their business thanks to this data structure. In addition to this, investments in this technology grow at a compound rate of 73%, with a projected total expenditure of US $ 11.7 billion by 2022.

Some of the advantages of this technology are immediacy, security, cost reduction and error identification, among others. In addition, these block chains could already be applied in other sectors; from intellectual property, to food security or property management.

Amnesty International, the NGO that supported generations of activists persecuted in the worst dictatorships, says that the economic model of Google and Facebook "based on vigilance" is a "systemic threat to human rights."

In the different countries of the EU, investigations and procedures are being carried out against these companies, and even others, applying the European regulation on the protection of personal data that came into force in 2018.

A new EU ePrivacy regulation must establish new forms with respect to cookies, which track the Internet user.

For Dominique Bindels of Euromonitor International, “People are more aware of the dangers of the dispersion of their data and the possibility that their acts and gestures are traced. But at the same time, surveillance cameras and connected speakers are sold as hot rolls. ”

This is one of the great technological challenges of next year. Can you control the devouring appetite of Google, Apple, Facebook and Amazon (Gafa) and other giants of the network that are attacking new sectors of the economy (series, games, transport, health and payments)?

Libra, Facebook's digital currency project, should see the light in 2020, but it is being questioned by authorities in both Europe and the United States. Elizabeth Warren, a likely Democratic candidate for the presidency of the United States, advocates the dismantling of technology giants in the name of free competition.

In the European Union, Commissioner Margrethe Vestager, in charge of Competition and digital exchanges, is now considered the nightmare of Gafa firms. The Ocde hopes to obtain a political agreement on the taxation of technology giants and multinationals in June 2020.

The presidential campaign in the United States It will test the ability and willingness of social networks to organize against misinformation and manipulation.

In Europe, the European Union is studying a new intermediate notion between “manager” (the current status of a social network like Facebook) and “editor”, in order to create a concept of editorial responsibility.

Negotiations will also continue in the United Nations on standards of international good behavior in cyberspace, at a time when states acquire increasingly sophisticated cyber weapons.

With information from AFP