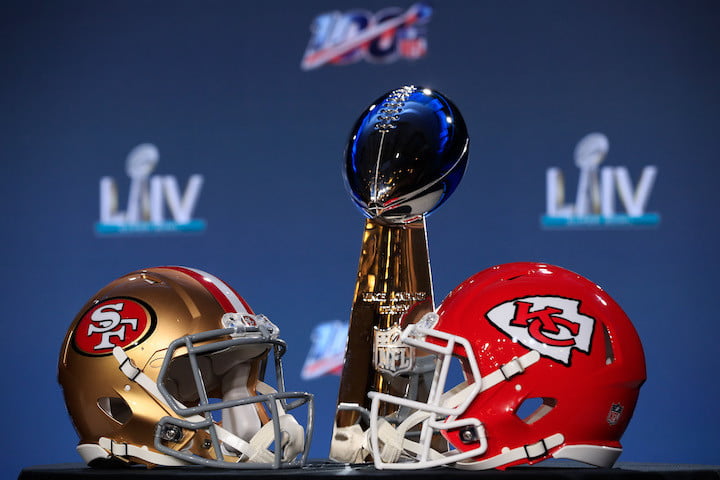 The 2020 Super Bowl will be the most watched sporting event on the entire planet, so fans of this discipline use up every possible way to not miss any details and follow the Super Bowl LIV live.

The most anticipated game is coming of the year when San Francisco 49ers face Kansas City Chiefs at Hard Rock Stadium in Miami. Television and mobile phone applications are the most used communication tools in which everything is paralyzed United States.

Therefore, for those people who have to work that day or who simply have a TV nearby, these applications are presented below:

The official application offers full access to the event. Specialized coverage before, during and after the historic 54th edition of the Super Bowl 2020. The interface is simple and very complete.

This application allows you to follow the game minute by minute, make comments, see photos; also shows the score during the game, a compilation of the best plays and all the news about the NFL and the Super Bowl LIV.

Through this application NFL Mobile You can search for information for one of the NFL contests, which gives tickets to the final on Sunday, February 2, just by writing your ideal fantasy team.

But if watching the signal live is about, the NFL itself offers the Game Pass application with which you can watch the game of the NFL final live and with the original transmission.

The television sports network also offers its application for iPhone and Android, in which you can have live images of the game at hand. In the last edition of the NFL final, this App gave the opportunity to watch the game live at no cost.

To follow all the Super Bowl action there are also hundreds of pages and applications, specializing in sports, through which you can follow the game and bet.

In addition the followers of this sport will be able to look for information in the official applications of the two teams that will be present at the final of the NFL: the San Francisco 49ers and the Kansas City Chiefs.

Both applications offer information exclusive on training, interviews with players, photos, videos and of course the starting lineups before the most anticipated game of the whole season.

It is estimated that more than 150 million people will be watching television signals next February 2, day it will be played the NFL final. However, for those who will not be near the TV signal or in the stadium, they already have other tools to not miss the final of American football.